Its Not About the Money

Matt,  I’ve been involved in the lawsuit against the Sackler family and their killing machine Purdue Pharma.  It’s been a disturbing time as I listened and read transcripts from the lawsuit.  It’s maddening thinking that the Sackler’s could give a damn about the lives and families they destroyed.

They are acting like they are the innocent victims and those of us involved in the lawsuit are nothing more than dirt they want to scrape off their shoes and get on with their wealthy, carefree lives.

Taking no responsibility to their part in the opioid pandemic their company Purdue Pharma created.  Acting as if all the lies, the buying of doctors to overprescribe their poison should have no consequences.

If I could I would shove your picture in their faces and scream like a mother who’s heart has been ripped out of her body.  I would continue to scream until I had no more strength then I would spit in their faces as they have done to the thousands of mothers who wear my shoes and know my grief.

The thing the heart less family can’t come close to understanding is that it’s not about the money.💔 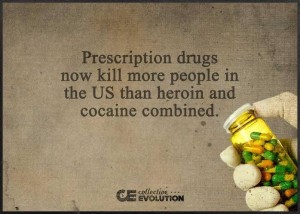 What the Sackler family and their killing machine Purdue Pharma can’t comprehend is that this settlement is NOT ABOUT THE MONEY.

This settlement is about the families who have been irrevocably broken.  It’s about the mothers whose hearts have been shattered.  💔

This settlement is about the mothers who took their lives as the thought of living without their only child became unbearable.  💔

It’s about the fact that Purdue Pharma lied to the DEA, to the medical community, and to the public regarding how highly addictive OxyContin truly was.  Providing kickbacks encouraging providers to ignore the complaints and concerns of their patients and continue to prescribe massive deadly doses of their poison pills.

It’s about the fact that Purdue Pharma knowingly continued to market and sell Oxytocin to providers who prescribed it to those who were obviously abusing the pills.

It’s about the fact that the Sackler family made billions of dollars, lived lives of luxury and put the BLAME ON THEIR VICTIMS while spitting in the faces of the families who were losing everything to pay for treatment in attempts to save the lives of their children.

It’s about the fact that the Sackler’s feel they can buy their way out of knowingly murdering thousands while walking away without accountability for their crimes. 🤬

It’s about the fact that NO AMOUNT OF MONEY WILL EVER REPLACE OUR CHILDREN OR RELIEVE THE AGONY, ANXIETY, GUILT AND HOPELESSNESSES WE HAVE ALL SUFFERED.

It’s about the fact that without imprisonment the Sackler’s will go back to business as usual reaping the benefits of lies, deceit, and disregard for human lives.